Wild Boars and other Hoofed Animals: a menace to the Environment and to Rural Tourism 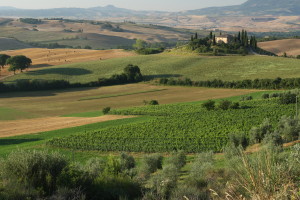 Concerning the wild boar and deer emergency the Consortium of Orcia wine expresses complete support to the ATC Siena (Hunting sector) which last 13 October had appealed to all the agricultural associations, consortiums protecting wine and hunters to denounce the insufficient plans of elimination that the Region establishes.

Mrs. Donatella Cinelli Colombini, the president of the Orcia wine Consortium had already expressed  great preoccupation regarding this paradoxical situation “Our vineyards are literally plundered by wild boars. As is  widely known, in Tuscany there is a concentration of wild animals four times greater than the national average particularly present in the province of Siena where for years there has been little control over the increasing numbers.” 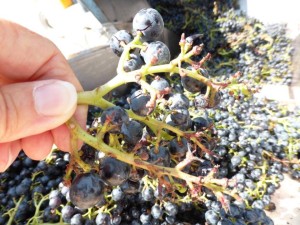 In spite of the protests by farmers, the plans of hunting proposed by the ATC Siena (the latest one to be approved concerned deer) and the latest action the Region has undertaken making a good law with the precise aim of reducing the presence of this species, the administrative scenery does not seem to change. The main obstacle is the viewpoint  of the ISPRA (National Institute for Research and  Environmental Protection) which prevents action by the agencies working to control hunting and paying compensation for damage done. This national institute is completely detached from local reality and continues to block plans for eliminating animals, provoking frustration of the ATC. Like the Consortium of Orcia wine the Associazione Avito, which represents about five thousand wine producers and 70% of the wine production in Tuscany, agrees with the proposal of the Consiglio Regionale made last September 14  where it was asked to recognize not only the opinions of ISPRA but also 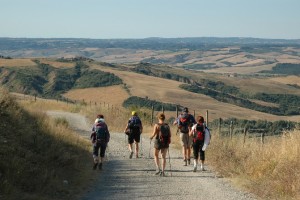 those of authoritative institutes such as CIRD and MAF.

The emergency of hoofed animals has already cost over the last 5 years  100 million euros damage to agriculture and causes 3 road accidents a day. According to Coldiretti Toscana there are 450 thousand animals running wild, 70% are boars which are the cause of impoverishing flora and fauna in the woods and also cause damage to the environment.

The menace of these animals risks influencing negatively the tourist sector which is the leading force in the economyof the province of Siena and in the territory of production of Orcia wine. More and more often we hear of tourists fleeing from boars or even being attacked. If you think that 65% of the wine producers have farm house accommodation, tourists choosing to spend their holidays in the Tuscan countryside very often meet up with these wild beasts . A pleasant stay could turn into a terrible experience. All the activities connected to the countryside, hiking, bike riding, every type of slow tourism, are at risk. Therefore the situation is serious and dangerous. Not only are there effects on agriculture where products are eaten and devastated by the animals, the problem concerns public safety and the tourist economy of our territory.